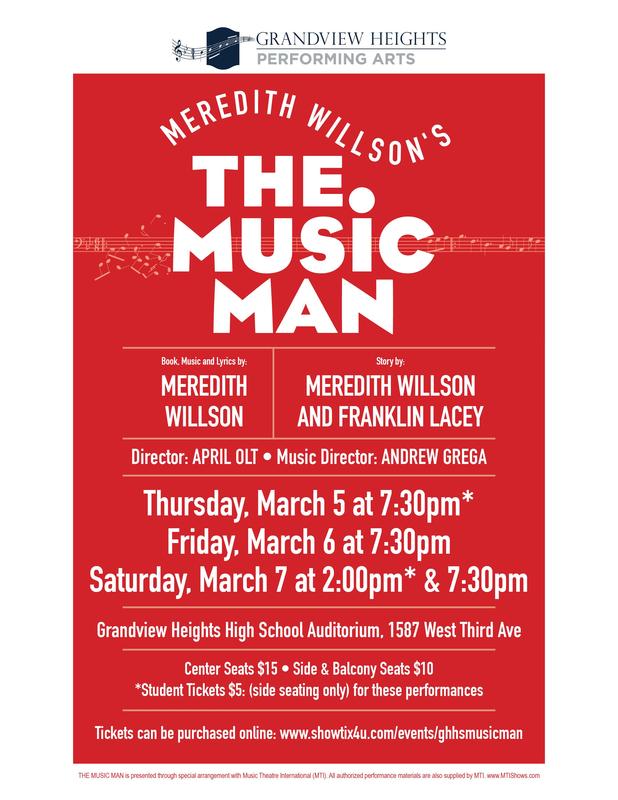 Tickets can be be purchased online at https://www.showtix4u.com/event-details/36707

A limited number of tickets will be available for purchase at the door - cash only.

While Meredith Willson’s Tony Award-winning musical comedy starts its revival run on Broadway in September, you can catch the show in Columbus this March! Winner of six Tony Awards, this timeless, family-friendly production features well-known songs such as Seventy- Six Trombones, Till There Was You, and The Wells Fargo Wagon.

The Music Man follows travelling conman, Harold Hill, as he organizes a boys’ band and sells instruments and uniforms to the strait-laced citizens of River City, Iowa. As Harold is charmed by the citizens of River City, it is hard to tell who is doing the selling and who is doing the buying! You won’t have to use the “Think System” to enjoy this classic! This Grandview Heights High School Performing Arts production features 90 performers, crew members, and orchestra members from the middle school and high school.