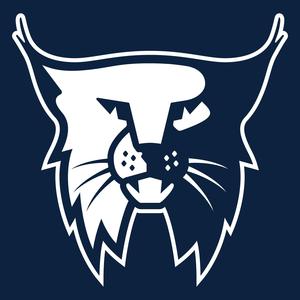 The beef is back.

Last year's festival, which serves as one of the major fundraisers for the boosters, was cancelled due to the COVID-19 coronavirus pandemic.

"So we didn't get that money last year, but at the same time we didn't need as much because with the pandemic there wasn't as many youth activities taking place in the schools and community."

The boosters' mission is to support programs and activities that benefit students in the community, he said.

"A lot of booster organizations focus solely on athletic programs, but we support a lot of other types of programs in Grandview," Rutter said. "We provide financial support for the marching band, the fall play and spring musical and the first robotics team."

The Ox Roast will include most of its usual features, including an entertainment lineup each day, beer sales on Friday and Saturday nights and a game tent operated by each high school class and the school's sports teams, he said.

The weekend culminates Sept. 11 with the sale of about 1,600 pounds of beef.

The annual pit-lighting ceremony will take place after the football team and marching band return from the Sept. 10 game at Whitehall Yearling High School and then marches to the booster pit at Pierce Field.

"We expect the ceremony will be pretty much as normal. There might be a little more concern about social distancing, and we might be changing a little bit how the boosters will be tending the pit overnight," Rutter said.

The festival will not have a mask requirement, he said.

"It's an outdoor event. If people want to wear masks out of precaution or for extra safety, they can, but we're not requiring it," Rutter said.

The beef sales begin at noon and are expected to go as normal, meaning it should be sold out by the end of the day, he said.

"Ohio State is going to be playing Oregon that afternoon, so there might be more take-out orders for tailgating," Rutter said.

Other menu items, including grilled food and fish on Friday, also will be offered.

The Ox Roast will have a new ride vendor with Newark-based Albanese Entertainment Rentals, Rutter said.

"We had a little difficulty this year lining up a ride vendor," he said. "With the new requirements in Ohio set by Tyler's Law, some vendors are no longer operating in Ohio."

The law is named after Tyler Jarrell, who was killed in 2017 while on a ride at the Ohio State Fair.

The new requirements are having an impact on the amusement ride industry in Ohio, said Michael Albanese, the third generation involved with the family-owned Albanese Entertainment Rentals.

The company was founded just after World War II by Albanese's grandfather, Dominic, and now is owned by Albanese's father, also named Michael.

"We started as a food concession business and switched to amusement rides around 1976," he said.

"You now have two types of ride inspections – the standard state inspection and the more stringent inspection required under Tyler's Law. If you're a company who operates a ride with a manufacturer who's no longer in business, you're going to have to bring in a engineer to help you address any fatigue or structural issues."Albanese said his family is excited about adding the Ox Roast to the list of 25 to 30 events it serves in a typical year.

"There's always the fun of seeing the kids having so much fun on  your rides," he said. "But even better is getting to see the 'regulars' – the other vendors, the community members, the owners and operators of local diners or businesses – that you see each  year at an event.

"You're able to build some really nice relationships with people. We're looking forward to being able to do that in Grandview."

Records kept by Brotherhood of the Rooks, a group of alumni from a fraternal organization that once operated at Grandview Heights High School, indicated the first version of the Ox Roast was held in 1921, Rutter said.

"From what we believe, it was held in one format or another all through the years," Rutter said. "Last year would have been the 100th if we hadn't had to cancel."

To mark the occasion, the boosters are selling a commemorative 100th anniversary Ox Roast T-shirt. Orders can be made at bobcatboosters.org.

"The Ox Roast is such an important part of the Grandview community," Rutter said. "It's uniquely Grandview and a great slice of Americana."